… If you read the blurb its says

{Described as “a refreshing, crisp sunshine lager, best served chilled with a wedge of lime”, the product has been developed as a result of a partnership between Carlsberg UK and Mahou-San Miguel of Spain.

“Fresca” is a word often used in Spain to describe a thirst-quenching, chilled drink.} 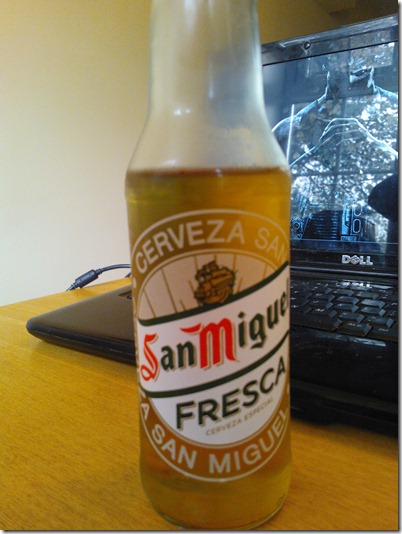 A 4.4% lager, drunk chilled from a bottle with a wedge of lime?….hmmm… now where have I done that before?!… oh yes, in my Teenage years drinking Sol !.

So, hardly a new concept !.

This beer is very nice, and at the moment £1 cheaper than Sol for a 4 pack… problem is you feel a bit cheated that it is brewed in the UK by Carlsberg.  At least when you buy a 4 pack of Sol you know it has been imported from Mexico (well… that is unless Heineken now brew it in the UK !).