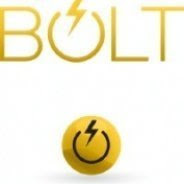 The new widgets capability will be introduced in beta as part of Bitstream's 1.7 version of Bolt, to be released to the public at MWC.

Although Bolt already runs website-based applications written in Ajax, Javascript and other programming languages, the pre-load element should aid performance. There will also be a bundled Bolt Widget Gallery.

Sampo Kaasila, vice president of research and development at Bitstream, said: “The vast majority of phones in use today are ‘feature phones’ not smartphones.

"By adding Web apps to Bolt, Bitstream is not only improving the usability of our mobile browser, we are also making it possible for literally billions of people to partake in the mobile apps revolution.”
Posted by CCJack at 22:02