Trust it to be one of the only race's that Muttley was not in :-(

Flyball in the wet at Wimbledon ... our "rain pod" 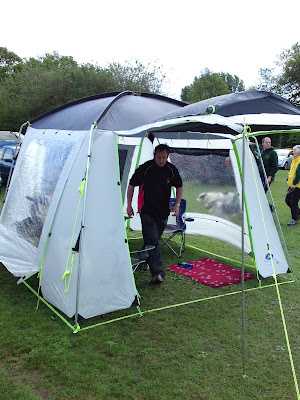 The rest of the team caught queuing for Jamaican Chicken, Rice and Pea's !, 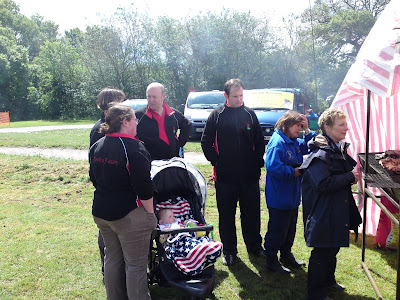 Okay... I know I have not posted how well we did in our first competition at the beginning of May...


Fast forward to today... in the rain at Wimbledon:

Rules state if you are over half a second quicker than your declared time more than twice in a day you do not score any wins (stops cheating going on)... and we could not slow our dogs down for love nor money :-) 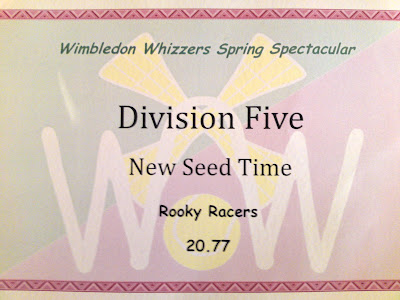 Lets just hope it's not hot in our next races ... we go much better in the cold !
Posted by CCJack at 19:43 No comments: 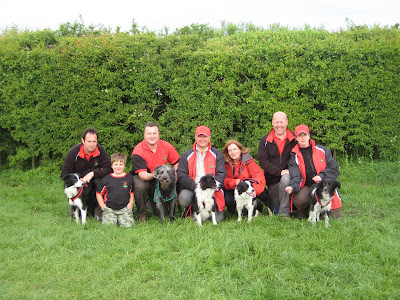 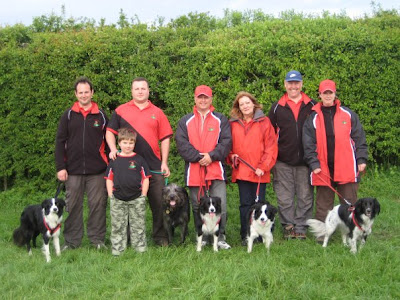 Me caught the day before eating my diet burger ! 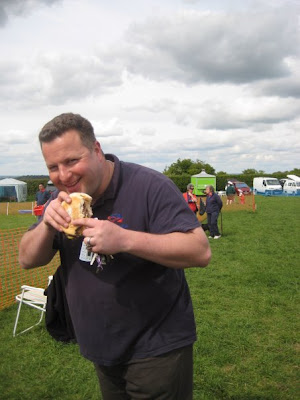 Haydon shows off the kids t-shirt... adult one's are better!, will try and get a photo at the races tomorrow !. 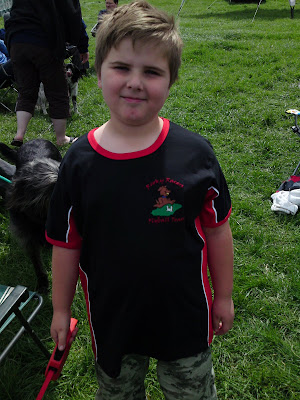 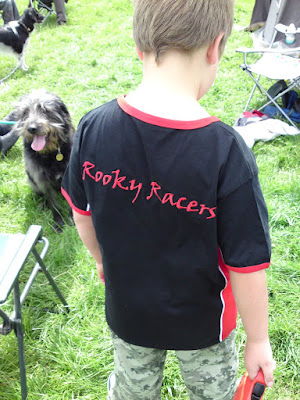 Get to a pub and eat a big breakfast: 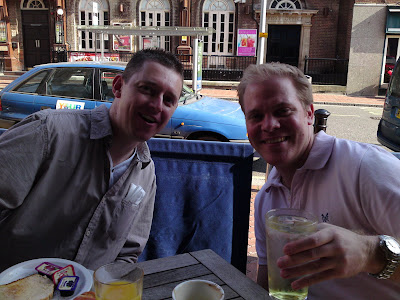 Get to the festival early to grab the best table in the sun ! : 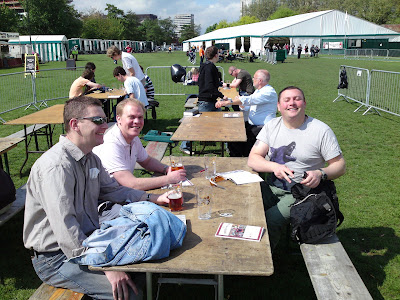 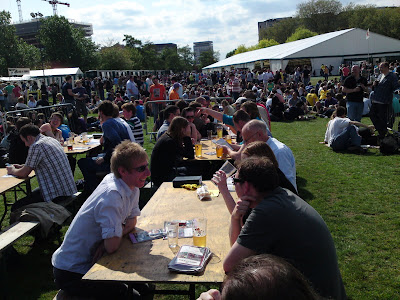 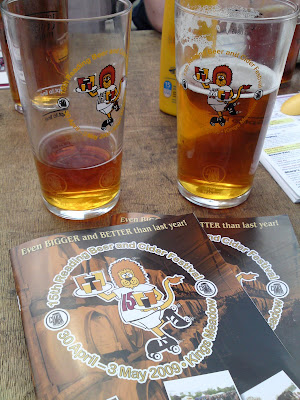 Get drunk and take stupid pictures !: 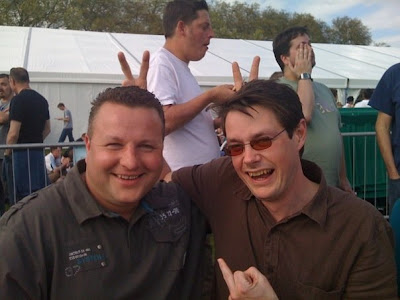